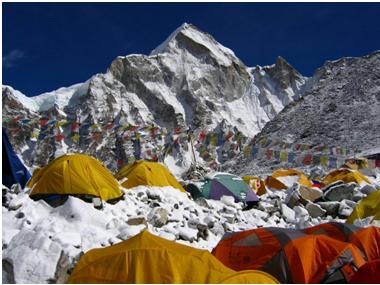 Time At Base Camp – Planning Your Research

Although it’s tempting to just get started with your research project, it’s really important to take the time to plan and consider all of the options and possible issues before you start. Think about these types of questions to create a one-page research plan.

Who are you targeting?
Probably the most critical question of all is making sure that you are targeting the right people. This might sound easy but in actual fact it’s quite tricky. It’s important though because if you are talking to the wrong people then your research is likely to yield spurious results. Here are some simple guidelines.

How will you find them and ensure they are representative of the target audience?
There are multiple sources you can recruit respondents from, including the general public, client and prospect lists, but also permission based panels.
If you decide to recruit from the general public then you need to think about how you will find them and get them to participate (incentivise or not). In the past we have used white pages to randomly call homes and ask for the last birthday person to randomise within households. This has become more difficult in recent years because of mobiles for fixed substitution , and the lack of listings of mobiles in telephone directories. You could also do a door to door study but this is very expensive and can be less representative if not done correctly. Probably the easiest and most cost effective way to recruit respondents today is via one of the many well-established permission-based panels which are large databases of consumers who have signed up for research and have been incentivised to do so.

A word on sampling. Once you a have decided on where to get your respondents from, you need to think about how you will sample them. There are basically two types of sampling – probability sampling and convenience sampling.

Although beyond the scope of this blog – probability sampling (also known as random sampling) basically gives every person in a population (or target) the same chance (probability) of being selected and if done correctly can infer the sampled results to the total population within known error rates (thanks to some pretty funky maths). This therefore is the most representative type of sampling and should be used wherever possible. However in practice this has become difficult because, in order to do this, you need to access an entire population (known as a sample frame) to sample from.

Convenience sampling on the other hand uses lists of people or goes directly to the source (e.g. a shopping centre to speak to grocery buyers), – and as the name implies it uses convenience over probability. It is – its therefore less costly but at the same time much less representative. You do need to be pragmatic in research though, and convenience sampling has a place and if you do use it try to add some sort of randomisation – like choosing every ninth person to be in your survey.

What issues do you anticipate?
It’s pretty rare to undertake a research piece without encountering any issues along the way. Anticipating issues and problems though can really pay off and help make your project run more smoothly. Issues can come from different camps, so have a think about the types of issues that might happen before you start. To help you, here are some of the more common research issues we encounter.

How long will the survey take?
Generally speaking, a survey should be as short as it can be to achieve the objectives. Surveys typically fall into the 10 to -15 minute mark but can be shorter at 5 to 10 minutes, or longer up to 20 or even 25 minutes. As a rule of thumb, the longer the survey, the more engaging and better the incentive will need to be to ensure good participation. A longer survey also means more resources at your end to process and analyse, so you’ll need a bigger budget or resource allocation to get the job done. If you are using a third party like a permission-based panel to recruit respondents then you will pay more per completed survey, so again, think about the budget up front before committing to longer surveys.

Also Keep in mind that people respond to surveys differently and although we would prefer all of our respondents to take a considered approach to our surveys, in reality some go slow and some go fast – so you need to think about what’s a reasonable amount of time you expect people to give to the task.

Be prepared
We’ll talk about this more in future blogs but in closing, please, please, please take the time at base camp to think and prepare before jumping in and writing your survey!

Keep an eye out for our next blog which will cover setting goals and objectives!